While it remains true that “past performance is no guarantee of future results”, the current trend for real estate values in Cuenca, along with nearby Paute, Yunguilla and Vilcabamba continues in an upward pricing direction, and Ecuador remains an incredible bargain by most North American and European standards. In Cuenca, real estate prices are maintaining their value, and are currently estimated to be between 60% and 75% higher than when tracking was first published in early 2008.

Depending on who is conducting the studies, the current expat population has been calculated to be somewhere between 4,000 to 8,000 temporary and permanent expat residents, however, the market continues to be driven primarily by Ecuadorians, both locals and those returning from overseas, primarily from the U.S., Canada and Spain. In 2012 and 2013, returning Ecuadorians accounted for an estimated 30% of local sales. North Americans and Europeans, on the other hand, accounted for about 1%.

The most popular properties for foreign buyers continue to be condominiums close to the center of town, however, our “boots on the ground” observers are seeing the start of an expat migration outward from the city center, and continuing as far as neighboring Paute, especially for those who have purchased vehicles here. Obtaining an Ecuadorian drivers’ license is a fairly simple (although a bit time consuming) procedure, and many longer term residents are now enjoying a more pastoral life just 30 minutes from Cuenca’s popular historic district. Another notable trend is that for many who are buying or renting away from the city center, they are also finding that small pied-a-terre apartments are affordable and quite easy to rent for a nominal monthly fee, thereby providing access to in-town events and a place to stay overnight as a way to take advantage of the many event options that Cuenca has to offer.

We encourage our readers to dig more deeply into the most current stats and trends in housing (local newspapers El Tiempo and El Mercurio often publish this information), however, trending into early 2014 Cuenca’s builders and realtors say that appreciation is easing slightly off the 2007 through 2012 rise of 8% to 12% per year for houses, and 10% to 12% in a few instances.

Again, prices for condos in the most attractive areas of the city may be rising at a slightly faster rate.

At the high end of the market, for both wealthy Ecuadorians (who often own more than one home in Ecuador and/or around the world) and expats desiring the finest in luxury, upscale condos with rare and spectacular views, and some penthouses have been recently sold in the range of $300,000 to $500,000.

Balancing out the current trends and optimistic projections, however, it is also important to point out that not everyone is in agreement regarding the future of real estate pricing. According to Jaime Rumbea, director of the Ecuador Real Estate Association, “Overall, I’m optimistic but I am also realistic…appreciation will go down and it will take longer to sell properties but ultimately this will be good for the market.”

In Cuenca, the Municipio (Municipal) property taxes are levied on buildings and land to reflect the commercial sale value or the cadastral (showing or recording property boundaries, subdivision lines, buildings, and related details) value. The progressive tax rates, ranging from .025% to .5% vary annually, and are adjusted to reflect inflation.

Ecuador’s rental market is pro-tenant. The Registry of Rents in each city sets the maximum chargeable annual rent at 10% of the property value. Rents can normally be adjusted only after two years.

Practically speaking, we always recommend consulting with an attorney when establishing a rental contract. Tenant security is promoted with a minimum 2-year contract, which is automatically renewed if notice has been given, although settlement of disputes through the courts can take up to a year. And it is always a good idea to talk to former tenants before signing a contact.
Ecuador’s continues to enjoy a thriving economy, with a GDP that grew at 4.3% in 2013 while inflation increased by 3.1%. 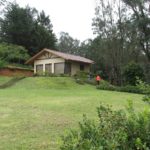 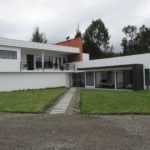 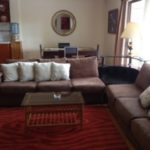